I’m a big fan of Quorn, but I usually stick to Chicken Style Pieces, Mince, Chicken Style Nuggets; but today I gave their Tikka Masala a try… The box looks very much like any other ‘ready meal’, but prominently displays the Quorn logo - so no mistakes can be made :) I see the weight and maybe I’m a little obsessed with quanities, but it is a little smaller than some other ready meals. I tend to see 350g to 400g, this weighs in at 300g. So it is a little smaller, but it’s not a tiny meal.

The tray is like any other ready meal. It’s not separated into rice and sauce like some curry meals are. I don’t know if this is good or bad. 7:30 minutes in the microwave, stir halfway through - can’t really go wrong with that. I do notice that not separating the two parts does make it harder to stir without mixing the parts together, but it doesn’t cause any major problems. 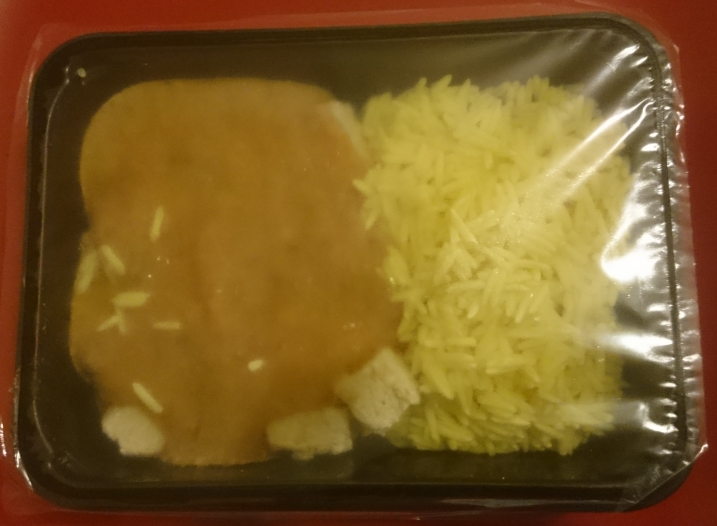 Now cooked and ready to eat. I suppose I could empty it onto a plate, but I’m hungry and can’t be bothered ;) 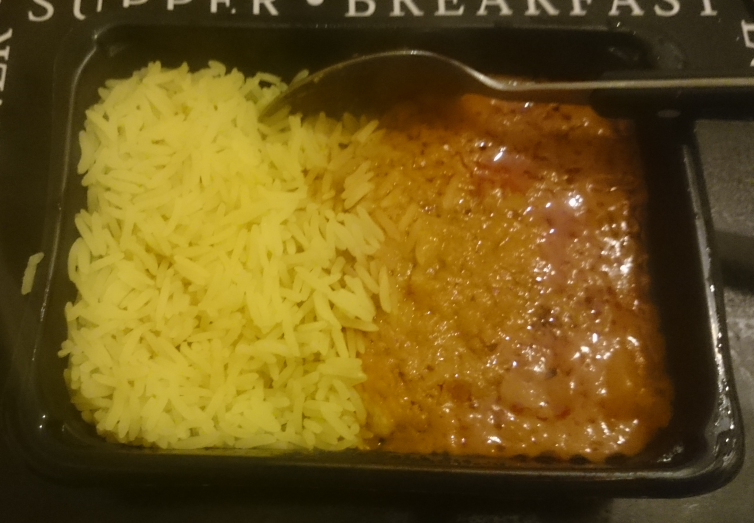 Well, the rice is good, it didn’t dry out at all and become crispy :) The sauce is nice. I tend to prefer hotter curries than Tikka Masasla, but I’ve never seen a hotter Quorn variety. The Quorn pieces are as tasty when I use them to make curry from a jar. Actually they are probably nicer as I tend to overcook and burn.

It also occurs to me that if I was making a pile of meals for a mixture of veggie and non-veggie people, I wouldn’t feel like I would stand out if I had this.